The Men of Halfway House 7 – title and character announcement 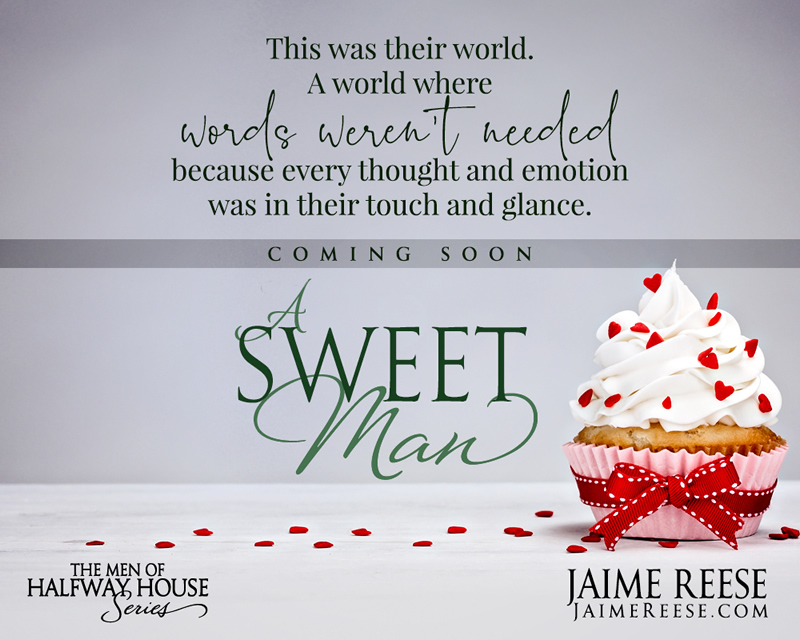 This is a book I repeatedly said I wouldn’t write. But well…

You know how authors say characters step into their lives and demand their story? Well, it’s very true. Someone peeked through and wanted their story told. But he never pushed or demanded. Ever. Even when I told him “no.” His presence was supportive. Like a never-ending hug during a tough time. I can’t explain the peace he brought me. Then another guy strolled in, they looked at each other, and I could no longer say “no.”

Why the title? Ben works at a bakery. And if you’ve met him, you know he’s sweet. 🙂

These two make me smile – individually and when they’re together. Every single time I read them. I hope you love them as much as I do. ❤

I’ll post a blurb once I have a firmer grip on a release date.
And yes, it will be very soon. (both the blurb and the release)

**If you want to receive a notification when the book is LIVE, please add your name to my Newsletter mailing list.