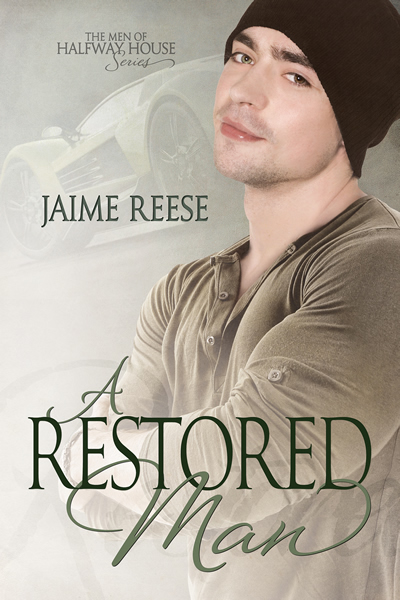 The Men of Halfway House 3

Two lost men. Together, they each hold the power to restore the other.

Cole Renzo thinks his greatest challenge is to behave for the remainder of his term at Halfway House. Until he meets his new boss, Ty Calloway, a man who ticks off every box on Cole’s list of interests.

A sought-after restorer and customizer of exotic and collectible cars, Ty had enough confidence to command what he wanted in life, until one fateful night changed everything. Almost two years later, he’s slowly rebuilding his life with great control. He’s defied the odds and works tirelessly to be the man he once was—but he still feels broken.

Cole’s candor and unfiltered personality awaken Ty’s barely-remembered desire to greet each new day with a smile, while Ty’s unwavering acceptance of Cole’s quirks and brash humor makes Cole feel as if he fits in for the first time in far too long. When a nemesis threatens Ty’s personal restoration and the things he holds dear, Cole is determined to protect their relationship, even if that means sacrificing everything he’s worked so hard to achieve.

But Ty will have to let his guard down, surrender control, and admit he needs Cole first, even if that puts himself at risk of breaking beyond repair.

Love Bytes Book of the Month