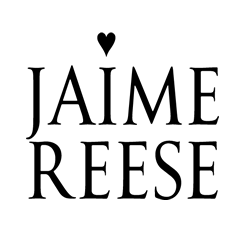 Jaime Reese is the alter ego of an artist who loves the creative process of writing, just not about herself. Fiction is far more interesting. She has a weakness for broken, misunderstood heroes and feels everyone deserves a chance at love and life. An avid fan of a happy ending, she believes those endings acquired with a little difficulty are more cherished.

…and yes, it was weird reading something about myself in 3rd person 😛

This is my alter ego. I’m also a cover artist. 🙂

I’m a self-published author. My titles are published through: 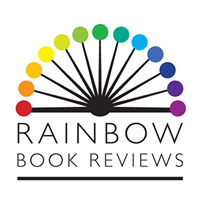 Random quick facts about me….

After working in an office for 15½ years, I quit my day job to design cover art full-time. Aside from writing, I also design book covers and help organize an annual LGBT GRL Retreat.

I love to make lists and smile when I can cross something off as ‘completed’.

I often get my right and left confused. (side note: hubby sometimes tells me… “your other right”)

I have a dog named Rocco. He’s 115lbs. He lets hubby and I live in his house.

I have the memory of an elephant. I’m that annoying person who doesn’t forget things.

I’m insanely organized. I require structure and I will obsess about details. But at least I don’t sort my highlighters in my drawer by color (anymore). 🙂

I’m a natural observer. I love to people watch.

Not counting sarcasm as a language, I’m fluent in both English and Spanish. I also know the alphabet in ASL. I can spot certain words in Italian and French. But ultimately, all I know in French is…how to count to 20, say “My name is”, “two horses”, and “grapefruit”. I also know how to ask “Do you speak French” but seriously, once they say “oui” I’m sorta stuck. Unless, of course, they are referring to two horses named Grapefruit. Then I’m good. 🙂

A Better Man was my first published story. It was originally published in July 2012 via a publisher.  The title was pulled a year later when the publisher closed (hence, my reasons for self-publishing now). I expanded and re-released the book as a self-published title in January 2014.

I can write the story in order, but I’m more of a scene writer (I try to focus on completing a scene in one sitting).

I’m a plotter. I need to have a general idea of the direction of the story to start. A general framework is best – without specifics. My stories generally evolve as I write.

I can’t write a single word of a story until the characters are fully fleshed out in my head. I need to know exactly what they look like, what they sound like, and their mannerisms before I can write their story. It does get a little annoying, especially when they’re hovering over my shoulder as I write their story. And just in case you’re wondering, Aidan was the  w o r s t. But he’s my “beautiful disaster” and I love him (even though writing his story was incredibly painful).