I had my cover reveal today. THANK YOU to everyone who shared my cover!

Finally! I get to introduce you to Warren! 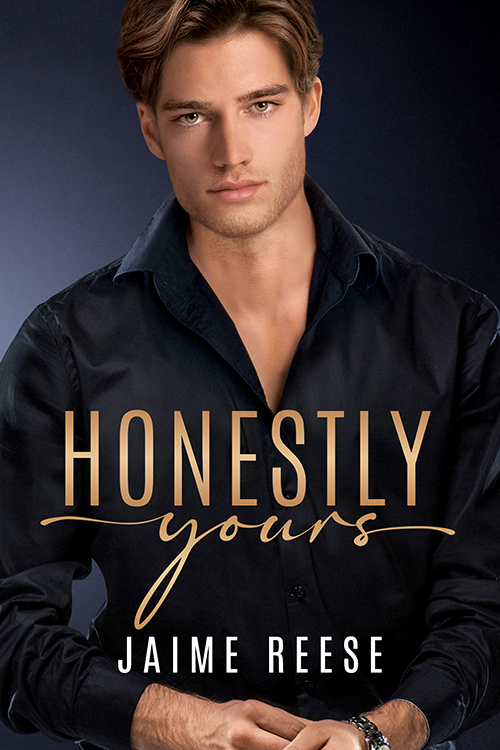 All Pre-Order links are available on the book page.

The truth hurts. But in the end, honesty wins. Or does it?

Warren Prescott loves a challenge. He knows how to play the game and adapts when necessary to succeed in his cutthroat world. Tired of pining for a man he’s wanted for months, Warren intends to seal the deal. Until that man throws him an endearing curveball…

Gian Benedetti doesn’t play games. Success has cost him the personal connections he craves, and he doubts he’ll take another chance on a relationship. Until the attractive, younger man with the brazen personality and confidence stirs his interest.

Except…someone else is playing games.
And threatening everything Gian has worked hard to achieve.

Warren won’t rest until he uncovers the new player and gets his forever with Gian.

But they’ll soon face a hard truth—
Honesty may be what brings them together…
Or it could be the one thing that tears them apart.

Honestly Yours is an age-gap standalone romance. It features a snarky younger man with a giant crush on a good-hearted, affectionate, older man. Expect some banter, a little mystery, a few twists, a dash of angst, curious parents, animal trivia, and a whole lot of love…and hugs (so many hugs).

Follow me on BookBub to make sure you don’t miss getting an email when the book is released.