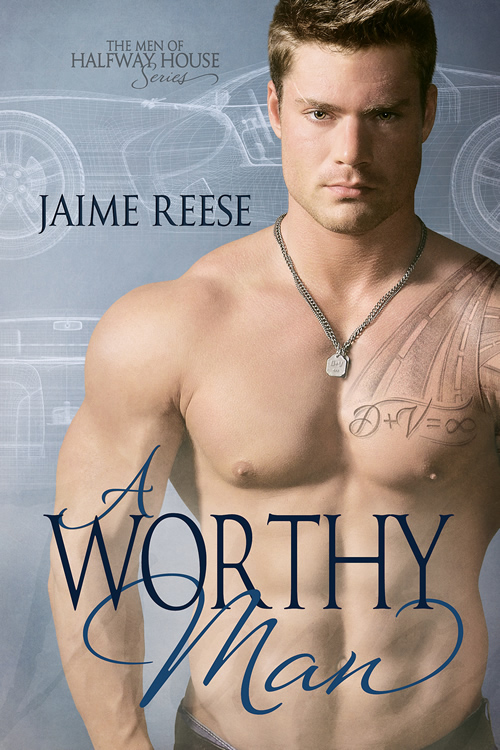 The Men of Halfway House 5

Main Characters: Drayton and Vann
Release date: May 2, 2017
Series: The Men of Halfway House
No. in series: 5; can be read as a standalone
Category: Contemporary Gay Romance
Word Count:  124,300 words
Formats available: e-book and print
Photographer: Eric McKinney of 6:12 Photography

A story of two men and the boundless love that forever changed them.

Vannguard Shaw has spent the last ten years serving a life sentence and adjusting to the ache of solitude. He accepts his fate, a sacrifice for the only man he ever loved and the one person who saw beyond his rough edges.

Drayton grew up with a trust fund and pre-planned future, but an unexpected encounter one night forces him to abandon everything and start from scratch. He is now a self-made man and developer of one of the most sought after electric exotic automobiles in the world with a fortune greater than that of his birthright. Yet, he’d surrender it all—again—for the only man who’s still ever-present in his heart.

After a decade and entirely too much distance between them, Vann is suddenly released back into a world that has been nothing but cruel. Drayton never lost hope they would once again reunite and pick up where they left off, but Vann’s stubborn nature and repeated encounters with a heartbreaking world prove to be a challenge.

Vann needs to tap into his fighting spirit’s reservoir of strength and hope life doesn’t punish him for taking a chance. Only then will he realize his own value and feel worthy enough to finally have Drayton’s heart. And their chance at forever.